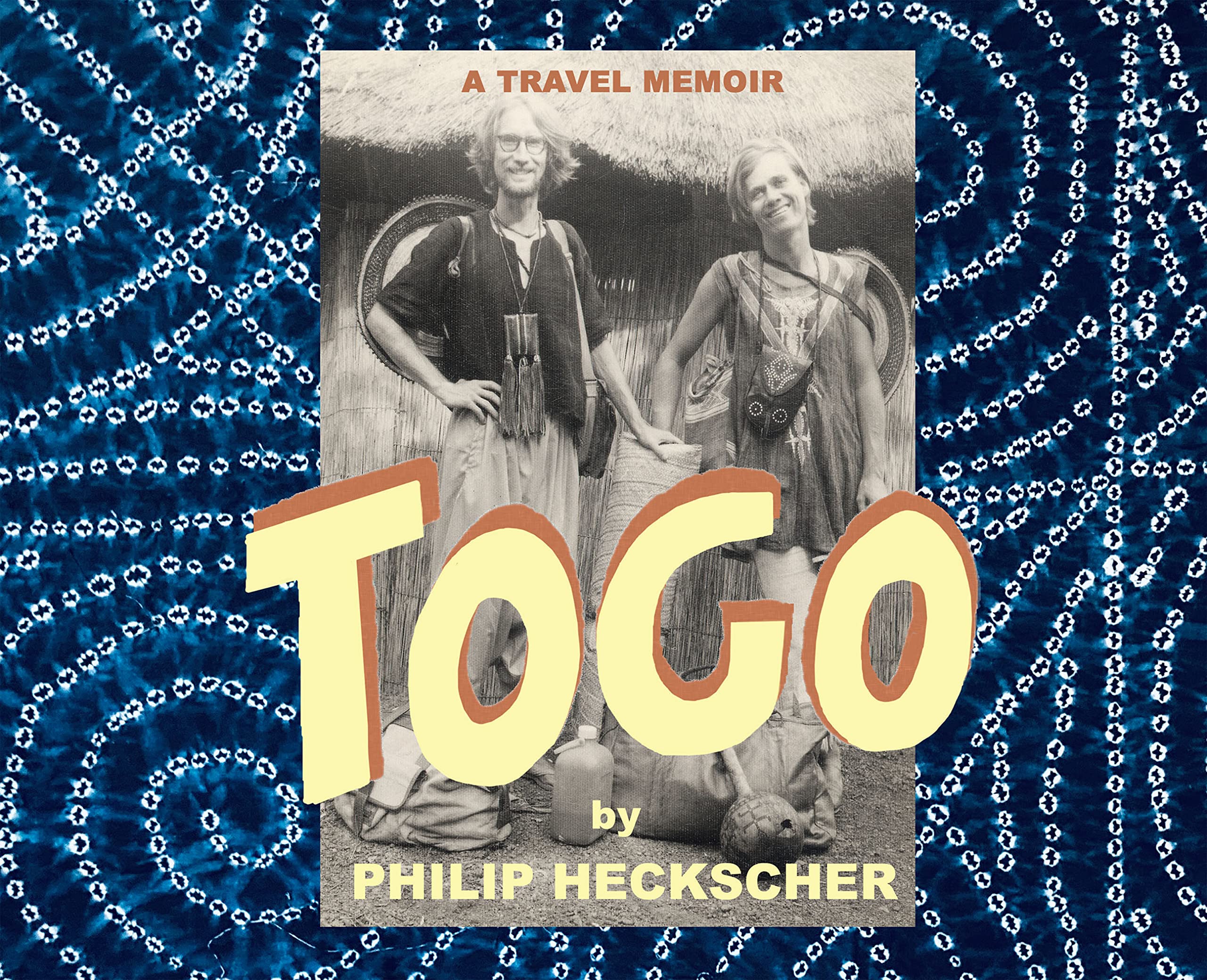 Join author Philip Heckscher as he discusses his book TOGO: Being Human. A Travel Memoir.

West Africa, 1971. Two old friends rendezvous in Black Star Square, the heart of Accra, the Ghanaian capital, to see Ike and Tina Turner, the Staples Singers, Roberta Flack, Wilson Picket, Santana and other black American performers at the mammoth Soul to Soul music festival― the first time native African musicians join these super-stars, soul-to-soul, on the same stage. After a wild night of hugely amplified music, blinding stage lights and disco dancing with 100,000 delirious fellow-revelers, the two friends set out for Lomé, the capital of tiny neighboring Togo, to enjoy the quieter life of that laid-back, neighborly city. All the ethnicities of West Africa crowd Lomé's picturesque market, the Rex cinema and the endless beach. The pair soon, however, travel much further afield: into the countryside and villages of northern Togo, to a sprawling royal palace in Benin, on a steam-powered train through Nigeria and then into the desert cultures of the Sahel, where they visit the adobe splendors of Islamic cities like Kano and Djenné, and witness the intense traditional spirituality of the Dogon people.

There are no game parks in this book; the two travelers are in search of the humanity, not the wildlife, of West Africa. They travel simply by local means, they eat with their hands at roadside stalls and family tables, their friends are variously farmers and students and cabinet ministers. They engage, participate and observe without judgment, finding common ground everywhere by putting aside their own cultural habits and expectations, and by being unafraid of intimacy. In their sympathetic, free-wheeling company, the reader takes tea with veiled Tuareg warriors, reclines among the roots of a gigantic tree to get a shave, watches fetish women in trance try to throw themselves into the sea, or just waits out a rainy-season downpour in a dismal hotel. Marvelous places are vividly described, and throughout this book, the author evinces respect and affection for the people he encounters.

Many of the places visited are unsafe for travel now. Nigeria is fighting widespread gangs and kidnappings. The Sahel, tormented by climate change, is a battleground of ethnic militias, Islamic extremists and Western forces. Violence and displacement imperil the confident, dignified traditional people the author describes. This book is a valuable witness to their deeply human communal societies, where the travelers find that they, too, have African roots.

TOGO Being Human is illustrated with brilliant black-and-white photographs by Lucas Kiers.